Wellington, 16 January 2017.  The New Zealand Minister for the Environment Nick Smith has announced a ban on the sale of personal care products containing microbeads from 1 July 2018. Citizens can have their say first.

An estimated 100 products that have microbeads are sold in New Zealand, including lipsticks and sunscreens, but they are not made in New Zealand.

The cosmetics industry in New Zealand responded saying most of the large international cosmetic brands had already announced they would phase out microbeads on a voluntary basis and that their products will be microbeads free before the new law will be enacted.

What wasn’t told is that these producers define microbeads as the polyethylene particles used for scrubbing, excluding the many other microplastics that are added to their products. So it all depends on how the new legislation will define microplastics, to know if  New Zealand will be genuinely 100% free of microplastics by 2018. 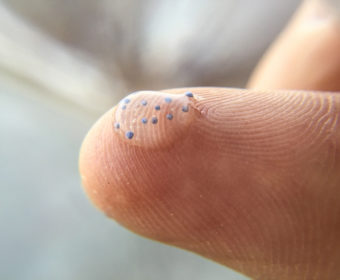 New Zealand researchers from the University of Auckland were first in 2009 to find that microplastics in cosmetics pollute the oceans. At present New Zealand is running late in joining the many countries who have already asked for a ban.